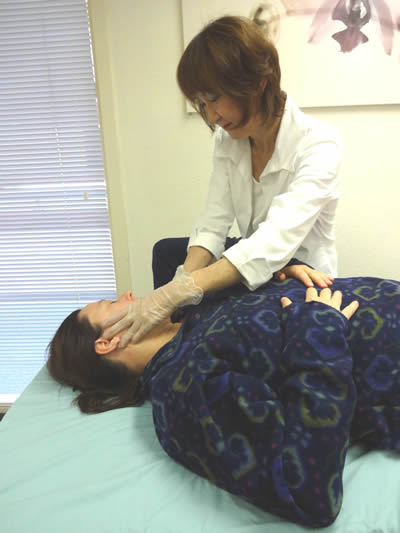 What is CranioSacral Therapy

Dr. John Upledger, an osteopath at Michigan State University, developed this approach in the late 1970s. While incorporating some of the techniques practiced in cranial osteopathy, Upledger distinguishes it from osteopathy in being “soft tissue-oriented,” “fluid-oriented,” and “membrane-oriented” rather than “bone-oriented.” The approach is still considered controversial in the UK, though more widely practiced in the U.S.

Cranio Sacral Therapy (CST) is a gentle, hands-on method of evaluating and enhancing the functioning of a physiological body system called the craniosacral system – comprised of the membranes and cerebrospinal fluid that surround and protect the brain and spinal cord.

Using a soft touch generally no greater than 5 grams, or about the weight of a nickel, practitioners release restrictions in the craniosacral system to improve the functioning of the central nervous system.

By complementing the body’s natural healing processes, CST is increasingly used as a preventive health measure for its ability to bolster resistance to disease, and is effective for a wide range of medical problems associated with pain and dysfunction, including:

Numerous case studies and articles have been published in journals showcasing the benefits of CST in a wide variety of areas including severe structural malformations, chronic pain, and soft tissue diseases.

While some medical doctors still remain skeptical of CST due in part to the subtle energy work aspect of the modality, the practice is gaining wide respect in the chiropractic and medical massage community.

While the bones of the cranium are the focus of cranial osteopathy, Craniosacral therapy focuses on the membranes encasing the brain and spinal cord. Practitioners believe that it is these membranes that generate the cranial rhythmic impulse (cRi) of cerebrospinal fluid, which affects the connective tissues linking all the organs, bones, and muscles of the body. The aim of treatment is to ensure an even, rhythmic flow of cui.

You will be asked to lie clothed on a treatment table while the practitioner applies subtle pressure with his hands, usually, but not always, on your head or at the base of your spine (the sacrum). Many people report feeling deeply relaxed during treatment, though some experience a spontaneous “unwinding” of tension, believed to result from the release of physical or emotional trauma in the body. One or two treatments of about an hour may be sufficient, but often more sessions are recommended.

There are certain situations where application of CST would not be recommended. These include conditions such as acute aneurysm, cerebral hemorrhage or other preexisting severe bleeding disorders that could be affected by small intracranial pressure changes.